One of the core ingredients which we utilize in the aavrani Glow Activating Exfoliator is Turmeric. Vibrantly yellow in color, turmeric, commonly known as haldi in Hindi, is a flowering plant with roots from the ginger family, native to Southeast Asia. This spice is most famously known for its integration into South Asian culture, seen often in dishes for both flavor and color, but also in medicinal Ayurvedic practices dating back many centuries. Some health benefits of turmeric include :

5. Curcuminoids in the spice protect the heart by improving its function

Outside of its medicinal properties, turmeric also plays a large role in religious and cultural customs in South Asia due to its religious significance in Hinduism. The yellow coloring of turmeric is associated with Vishnu, a major Hindu deity therefore linking the spice with luck, fertility, and the sun. Hence, the ‘haldi ceremony’ (part of a traditional Hindu wedding) where the spice is applied on the bride’s skin, is performed as a purification ritual before the wedding day. This tradition has even spread to other religions, and become an important ritual in the wider spread South Asian culture, prevalent in Pakistan, Bangladesh, Nepal, and Sri Lanka. It is also used to bring healing and good luck, as well as protection against evil by wearing it in an amulet or other forms of jewelry.

Turmeric also contains essential minerals including; calcium, copper, fiber, iron, magnesium, potassium, sodium and zinc, making it an important part of a healthy diet. A few ways in which you can consume turmeric is mixed with warm milk, and adding it to your rice, eggs, or soups! 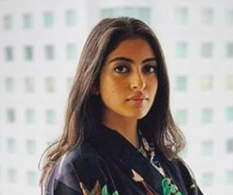